Tanah Rata means flat terrain, which is an exception in the otherwise high mountain region. The city is located at an altitude of 1440 meters and is the largest city in the Pahang region. It is perfectly equipped, there are countless banks, restaurants, hotels, but there is also a police station or a large hospital. To our astonishment, however, the Grab does not work here, which at times complicates our movements. 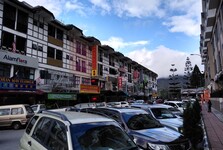 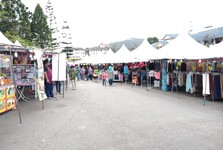 The Cameron Highlands covers an area of almost 713 km2 and is adjacent to the Kelantan and Perak regions. It is one of the oldest tourist sites in Malaysia, known mainly for its tea plantations. Nevertheless, the cultivation of all sorts of other crops is typical for this area, most of which are picked up by strawberries. In addition to the bright green tea plantations, there are also great jungle tours, waterfalls and mountain peaks. 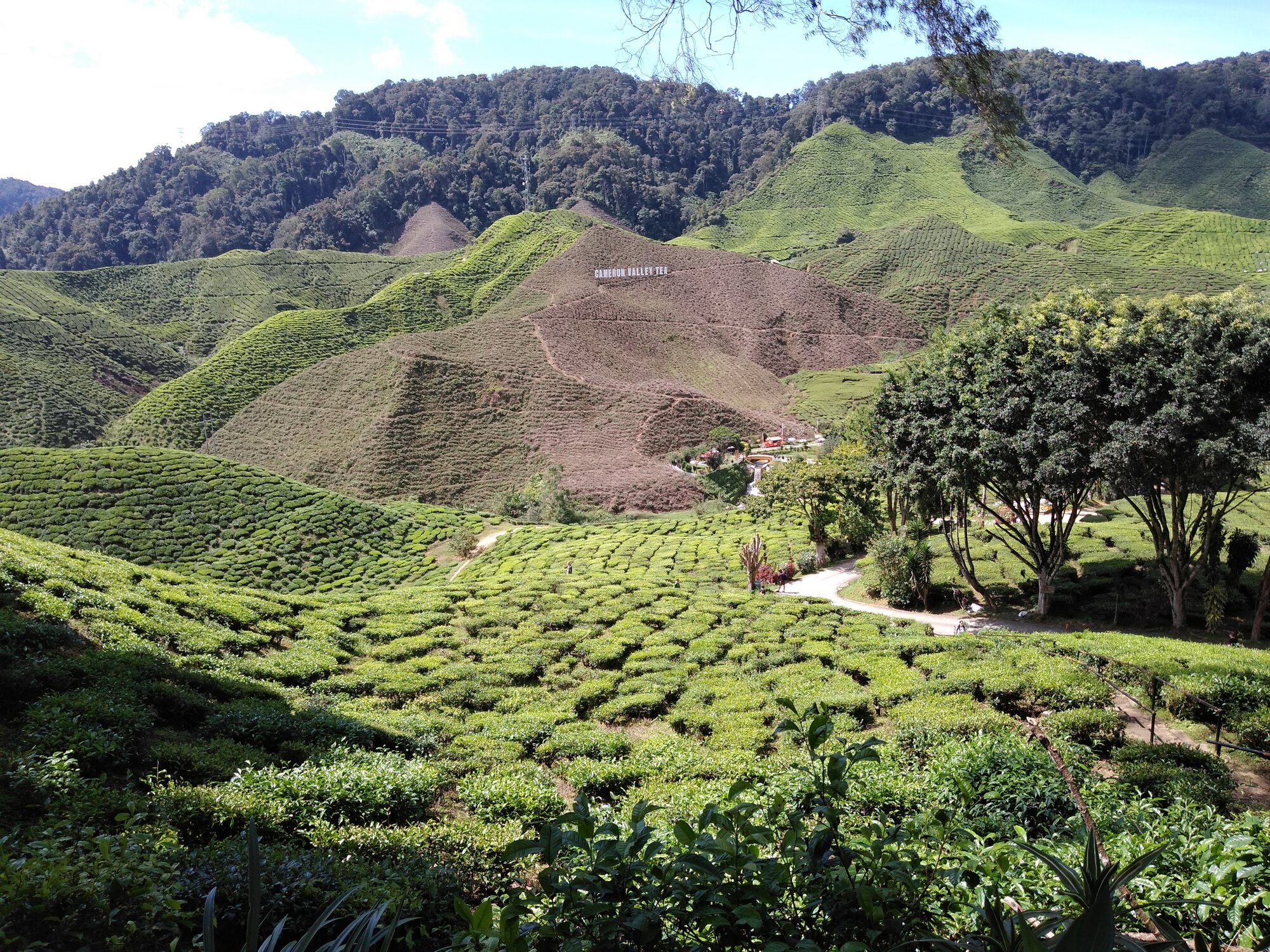 Our plan today is to make a circuit through all of the local natural beauty, including tea plantations. We first set out on Mount Gunung Jasar, whose summit lies at an altitude of 1670 meters above sea level. The route is marked Trail 10 and alternately rises slightly and steeply to the finish. It walks mainly through the jungle with clay slippery soil. It is definitely necessary to have good shoes, without them there is a risk of injury. Gunung Jasar peak lies about 2 kilometers from Tanah Rata and there is an amazing view of the tea plantations, where we also head. 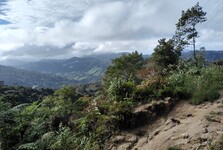 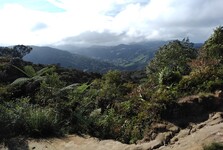 The descent to the tea valley, now on the Trail 6 path, is even more challenging, often ending up on the ground. Fortunately, the jungle ends after about 2 kilometers and we get to a small asphalt road, which makes walking more pleasant. We continue for less than a kilometer until we reach the border of tea plantations. Through a narrow path between tea trees we pass a rest area, a small stream flows around us and after 1.5 km we reach the center of Cameron Valley Tea. For the passage through the tea plantations we pay about 18 CZK and go to the well-deserved break in the local tea house. The tea tastes great and the terrace has a great view of the surroundings. There is also a shop with local teas at very reasonable prices, where it really pays to buy presents to Bohemia. 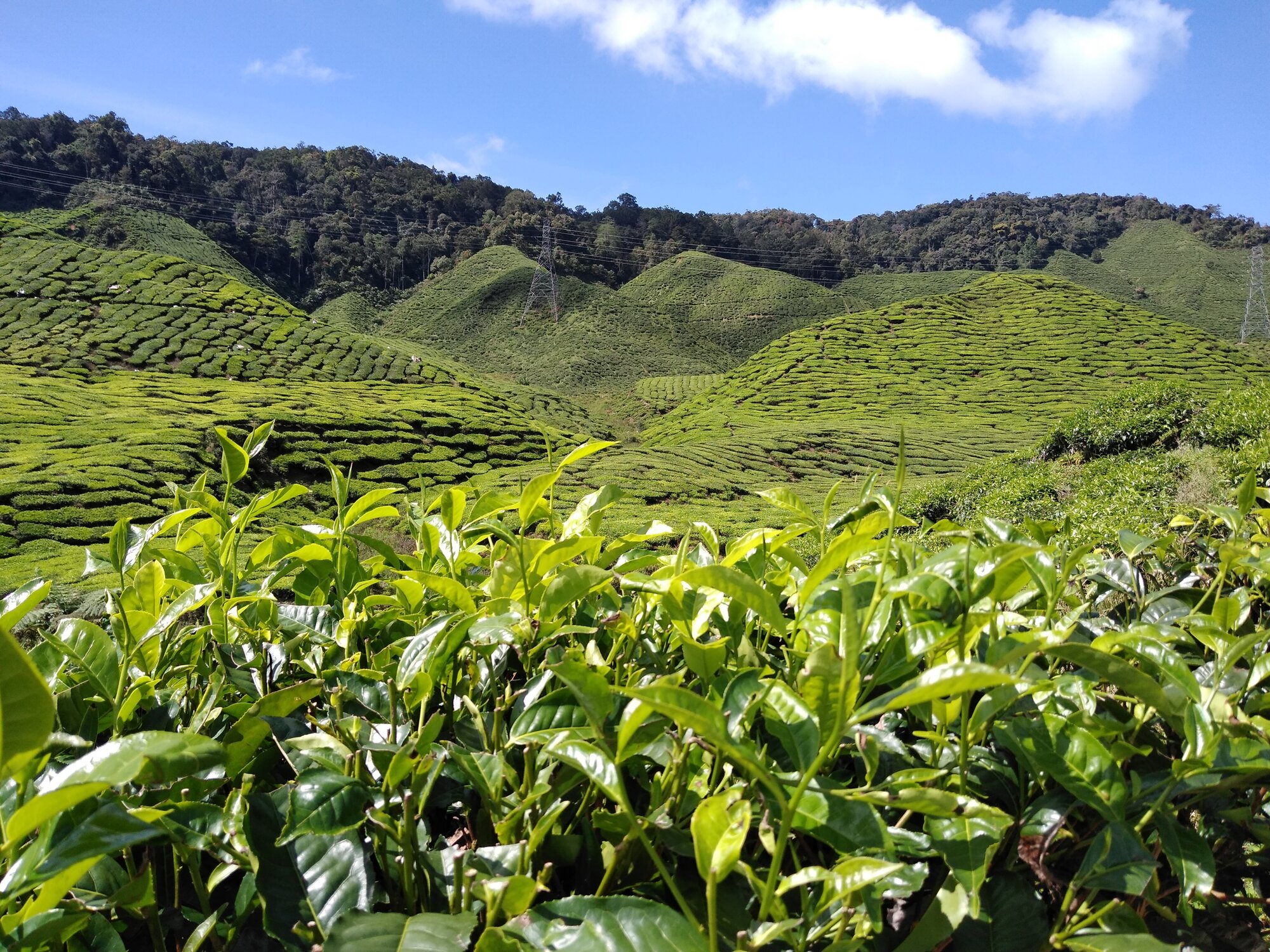 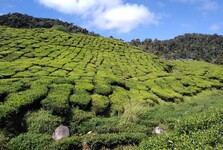 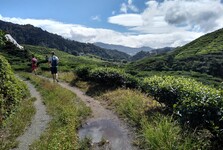 After the pause, the second half of our trip awaits us. There is a 3.5 km long crossing on the main road, so if you are as lucky as we are, take a taxi to this section, it is not a pleasant walk. We stop at Jalan Boh, where we continue on foot 1.3 km to Trail 9B (Trail 9A). Along the river, we are again climbing a demanding forest road to Robinson Falls, 2 km away. Just a few steps behind the waterfall, the path changes back to the road (now Trail 9) and after 2 kilometers we get home to the center of Tanah Rata. 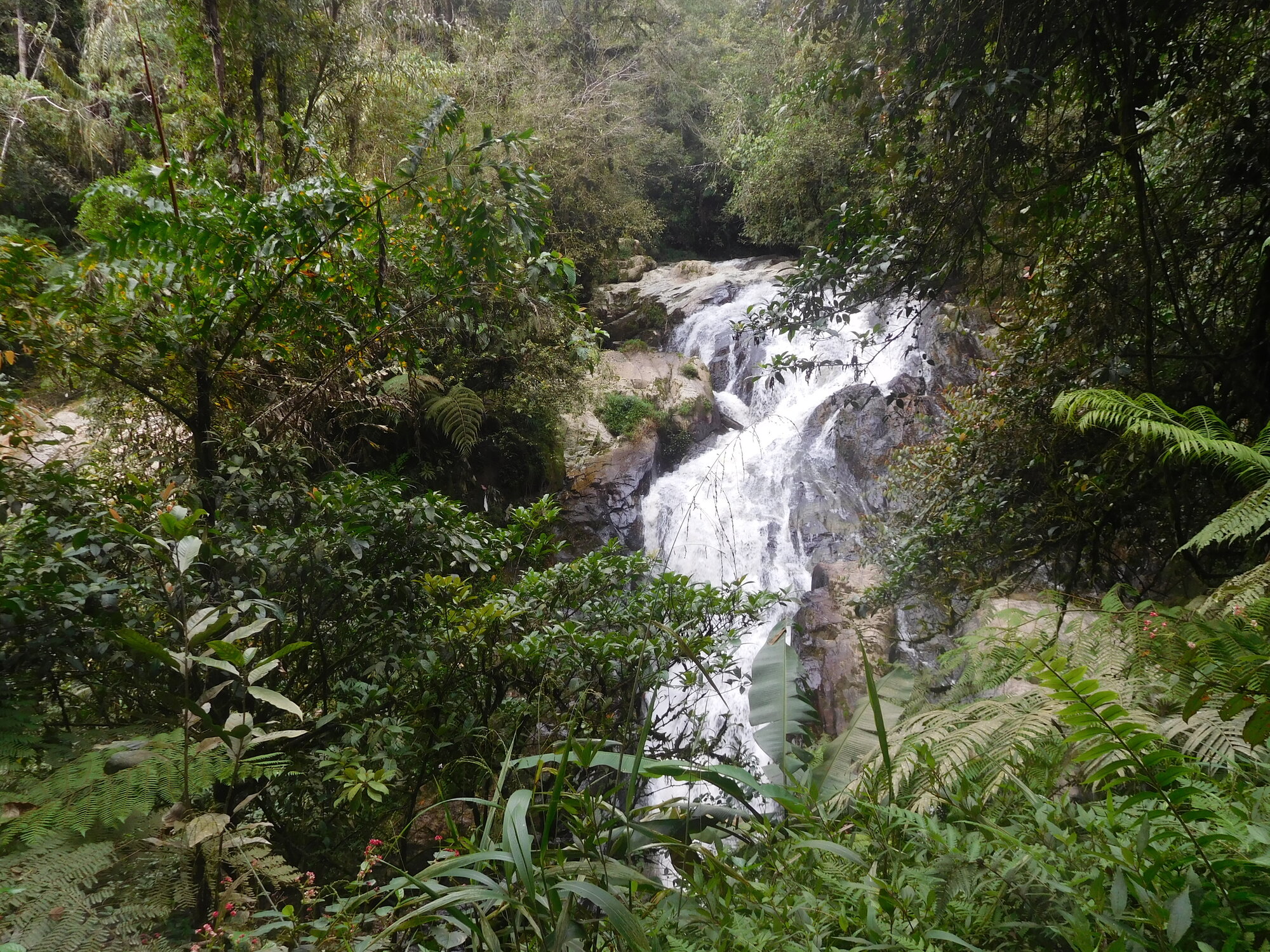