But let's see it as layman. The first indication that being a resident of Zurich is not financially very simple is for curious and meditated men evident immediately in the port near Zurich Lake. Whenever the wind blows just a little (which is quite often), swarm to the surface hundreds of yachts, their white flags appear in the glow of the sun as a peaceful army of shy foot soldiers. But make no mistake - no soldier would not eat that much as many as owners of the most luxurious of these beauties had to pay to keep it. Moreover if you listen how sunbathing people talk on the benches around, we´ll understand that having a yacht is for mid situated inhabitant of Zurich as essential as for normal mortals to have a breakfast tea and croissant with butter. Better-off people and those are, believe me in Zurich enough, add even more luxurious Porsche or at least Alfa Romeo very popular in Switzerland, preferably in a convertible. 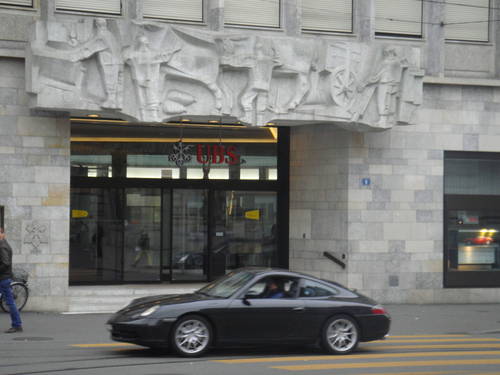 By the way - when we talk about the inhabitants of Zurich, we mean primarily the nature of his surroundings. Swiss leaves busy city streets to foreigners, who pay for renting a small apartment in the centre from 1500 until about 5000 francs a month. Taking into account that for example a teacher from abroad in Zurich earns about 5,000 francs a month, it is quite a lot. But it must be counted in this city - foreigners are not welcome, but there are a lot, and they are tolerated by locals. From the Swiss, who are very well equipped with many world languages​​ but they are separated.

There it is also very little likely that in the crowded bars in the centre of talk with a native Swiss. Apart from a few stray youngsters aspiring to embrace any lady - even then issued in one of many enlightened windows in the night streets of Zurich - everywhere heard the perfect English, Scots, Irish, Britons and Americans, who took to Zurich. For beer pays about 7 francs for the Irish, which is very popular here, as evidenced by the many Irish pubs, even 9. Therefore it is not surprising when one of us with a bunch of about five people during the short night drink away two thousand crowns for the evening. To home walks without problem, relatively sober.

However - it might be worthwhile to walk on all fours. Under the Zurich area are mostly underground spaces full of many banks, and so about this city, more than whatever else works a rule, you are literally pushing for money. In front of you, but these treasures remain perfectly secret from logical reasons. A touch of the great world of power and the notes most tourists will feel on Parade Platz square, home to several leading financial institutions of the country helvetic Cross. Behind of them stands as a erect finger to heaven a tower Fraumünster cathedral, and so this place looks at first glance to a little shabby in comparison with the historical centre, has become a real symbol of Zurich.

Beauty for all money

What is certain that life in the city along the River Limmat is not cheap - as well as cross all Switzerland. But when you think about, realize there are plenty of beauties that at this particular place for a little planet sacking the town red faces. Believe that money spent in Zurich just few people regrets later. 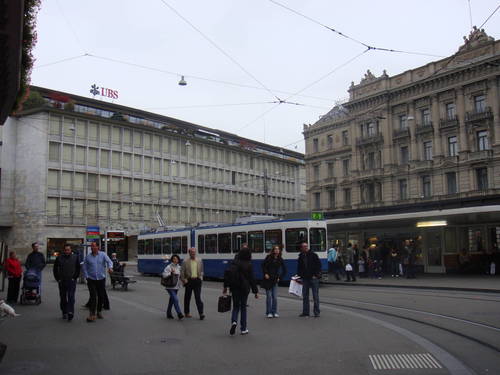