en.infoglobe.cz » US: A Trip to Seattle II 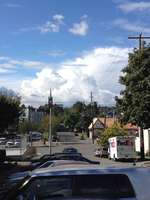 My flight took fourteen hours (one hour to Amsterdam, three hours of waiting there and next nine hours to Seattle) and it wasn’t that bad as I imagined. The best time how to kill your time is reading, of course, or even more convenient (in case you can’t fall asleep) is watching movies. Stewardesses give you plenty of food and drinks so there is little chance your travel won’t be comfortable.

Sun welcomed me in Seattle and it was a great feeling. The feeling was maybe even better that I managed to go through last immigration checkpoint. On a way from the airport I saw a typical panorama of large American city – a freeway and skyscrapers. If you don’t have a lift at an airport, don’t worry there are always several options how you can get to place you need.

Seattle has about half population of Prague but the area it covers I just little bit bigger than Prague’s. When you see streets of Seattle you immediately recognize why it is like that. Majority live in larger or smaller houses with larger or smaller gardens.

Individuals who are in the US for the first time as myself would be surprised with different sense of spatiality there. American cities resemble large grid networks that you can understand as a victory of man over nature. The man doesn’t adapt to nature, but it goes in the other way. 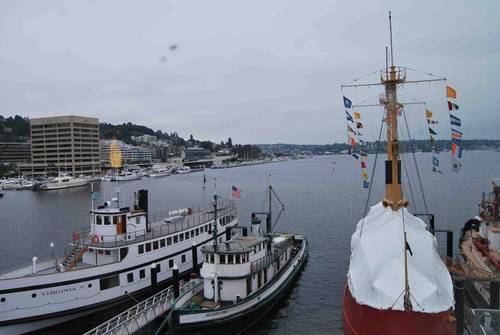 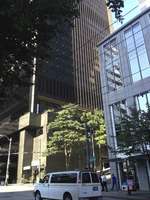 Also, a geographic orientation is added to street names, e.g. NE, i.e. north-east . If you understand this system, it would be much easier for you to orientate yourself. In case, you get off the bus at a wrong bus stop at 11pm, you don’t know when the next one comes and more importantly you don’t know where it goes, you don’t have a map with you but you finally understood how to orientate yourself in streets, you can get back home in few hours (like in my case). Better than not get back home at all.

From my perspective, disadvantage of the grid system is a lack of magic you encounter in curvy street in many European cities and town. You don’t know where they take you often. 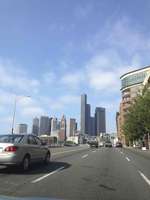 . And often you don’t even know directions.

On the other hand, it is nice to walk among typical wooden houses. Some of them are proudly decorated with American flags, a giant jeep parks in front of them, or a van. However, it is common to see even more environmental friendly Prius or some smaller car (in American standards). By the way, when you want to borrow a car in some car rental in the US, note how they call various types of cars. The largest jeeps (or trucks) you can borrow are labeled as full-size cars. Well, it seems that every car that is smaller isn’t even a car, or is it?