ours away by car. The city is located basically at the end of historical Oregon Trail. This trail was a relatively frequent communication connecting the Midwest and the East Coast with the Pacific Northwest.

“Settlers” usually from the east part of the United States travelled along this trail to find new home or fortune. Quotation marks here are used deliberately as we can’t forget that white settlers were rather intruders in this area for they 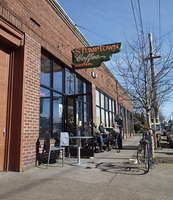 Fate of immigrants often depended on help of local Native Americans that provided them with food, advice and they traded with them. Often you can read about Indian raids on peaceful white expedition. What is usually forgotten to be mentioned, are massacres of Indians by the whites.

Anyway, settlers came to the Pacific Northwest in large numbers. They often spoke about abundant natural resources and beautiful landscape. It was sure a real difference compared to thousands of kilometers of monotonous plains of the Midwest. 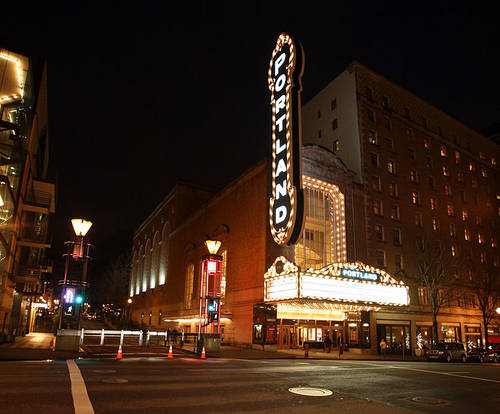 There was a gold rush in the Northwest during the 19th century and it produced many towns that grew fast but with gold being depleted they soon decayed and transformed to the so-called ghost towns. But almost none of them is a real ghost town as few inhabitant are usually still living there.

Soon Portland became a significant center of this region and remains it until the present. Only about eight hundred people lived there in the middle of the 19th century. Thirty years later it was already almost 18 thousand.

The historical center is relatively small, red brick buildings there will remind you of English town. Still, it is worth taking a walk there and making few pictures. For example of the Steel Bridge over the Willamette river. It was built in 1912. It is 64 meters long, 22 meters wide. It is the second oldest bridge of its kind in America.

However, there are ten other bridges crossing the Willamette like Sellwood Bridge, Marquam Bridge or Ross Island Brdige. Other three bridges are over the Columbia river. 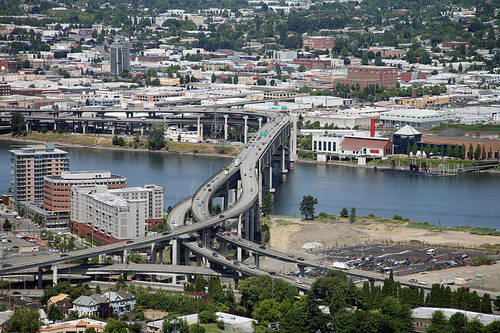 There are lots of skyscrapers in the city creating a classic American panorama. There are many shops there, coffee bars and life there is very busy. When you wander among them do not forget to visit Pioneer Courthouse Square. The square is covered with red bricks and there are often events. Also you can find there an info center, they are very helpful there.