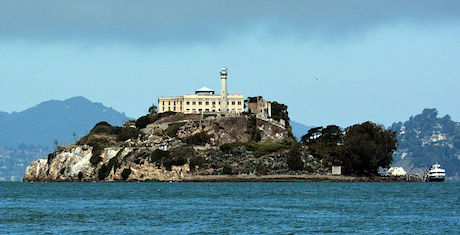 Less known is perhaps the fact that Alcatraz was always in prison. Alcatraz is primarily a rock, which has a strategic location at the entrance to San Francisco Bay. When in approximately half of the 19th century broke out in the California gold rush, convenient location of Alcatraz it has led to a position of military bases.

Alcatraz lived approximately 200 soldiers and 11 cannons. However, for a large part of the troops, who watched from Alcatraz to San Francisco is growing before their eyes, and as people get richer, ceased to be an army, which gave a small salary, lucrative. Many so deserted by their crews and looking good on the mainland. 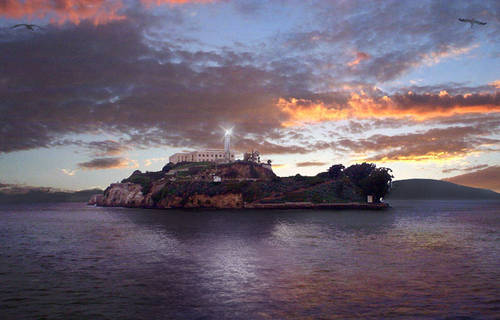 The army initially responded by creating a small prison for deserters, of which nothing remains today. At the beginning of the 20th century began the construction of massive concrete cell block.

In the 1930s, the island came under the administration of the Federal Prison Administration. The island became a maximum security prison where they were headed prisoners in other prisons make trouble. Among them was also known Al Capone strong>, which is due to smuggling alcohol during Prohibition late 20 and 30 years was among the most influential gangsters.

There was even a saying: "Al Capone washed my pants." American soldiers got their uniforms laundered in Alcatraz and Al Capone actually worked in the laundry.

Prison existed here in the early 60 years, when it was abolished for costly maintenance. However, since then attracts curious tourists. After all, who saw the film Rock strong> knows that the story took place on Alcatraz. User name for the island is just "rock" or " The Rock ". Also you will be welcomed local guides when the transport ship lands on the island. 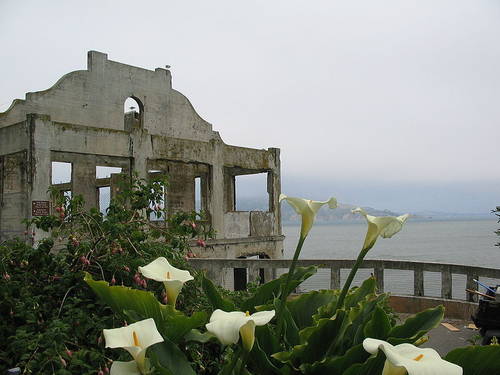 Alcatraz is only ten minutes away from the San Francisco dock. When I went on the tour, I was hoping to be included annual pass, , or year-round tickets to the parks under National Park Service because Alcatraz is incidentally also a natural park. But I had to pay admission $ 30, which was basically a fee for the ferry ride. 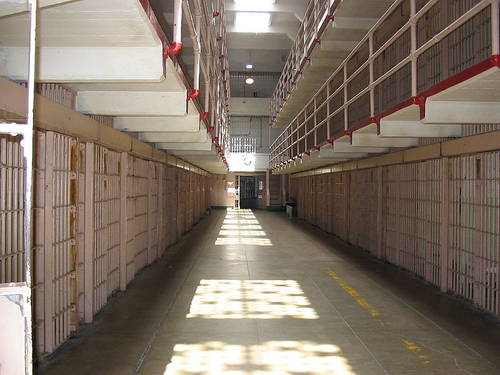 Apart from this, a visit on the day when I went to Alcatraz was very atmospheric. The island was shrouded in fog and in the distance loomed dark silhouette of the lighthouse. Visitors have access to almost all parts of the island. The biggest attraction is naturally the main prison block. Inside distribute audio guides, which are narrated by one of the former guards. You will walk through the entire building and you will hear some interesting details about prison life, escape attempts, life guards and how the whole complex work. Local rangers will also show you a sophisticated mechanism for opening the door in the cells.