On December 25, I visited SOHO, a New York Chinatown, from there regular bus lines connect New York with neighboring cities, Philadelphia including. A ticket for the way back cost only 20 dollars, really best price if compared to the competition. The ride took almost two hours, Americans call it “close” distance. 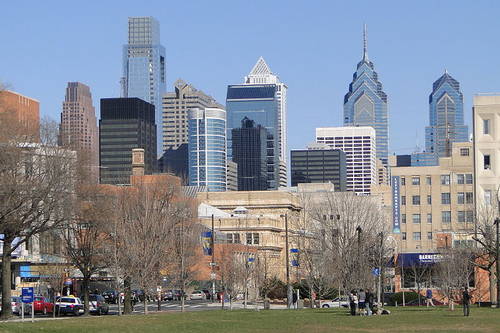 Philadelphia is the largest city in Pennsylvania and the second largest city in east coast. William Penn after whom the State of Pennsylvania got its name founded this city. Like the US capital even Philadelphia had an important role in the history of the country. For, example, the US Constitution was written there and also the Declaration of Independence on 4 July 1776. In this declaration the 13 American colonies declared their independence from Great Britain. Americans are great patriot and thus this date is very important to them, every year the whole country holds pompous celebrations on the Independence Day . After Thanksgiving the Independence Day is the most important American holiday. 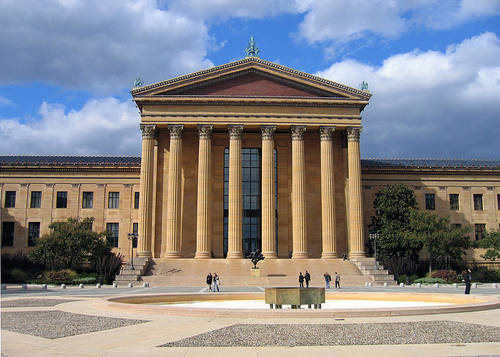 I had spent only two days in Philadelphia for my work duties, thus I had not sufficient time to explore the city and its landmarks through and through. Among places worth visiting is the Museum of Art, which is one of the largest art museums in the United States. 72 steps lead to the building and they are called the Rocky Steps as they appeared in the Oscar awarded movie Rocky as well as in its four sequels Rocky II, Rocky III and Rocky Balboa. Sylvester Stallone runs these very steps. 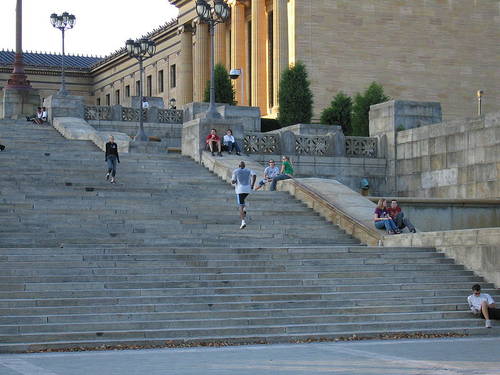 A bronze statue of this hero was built for the third sequel of the Rocky movies and it appeared on the top of stairs in the movie; today, you may see the popular 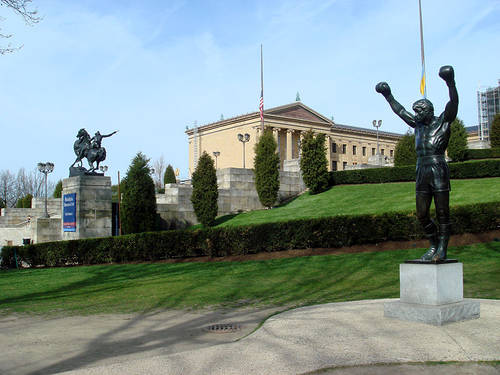