The first written mention of the settlement on the river Lužnice is from the 14th century, in the 17th century a smelter for silver processing was established here, which was eventually transformed into a glassworks. Today, the town is known mainly as a boating base. The only significant architectural monument is the High Gothic Church of St. Nicholas, standing at the crossroads in the southern part of the city. However, the city compensates visitors for its lack of architectural monuments with its beautiful surrounding nature. 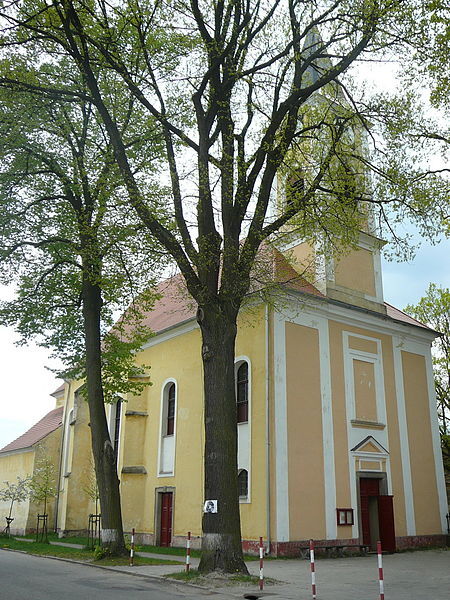 The Tušť sand pits lie between Suchdol nad Lužnicí and Klikov and were named after the nearby village of Tušť. Both are a popular place for swimming. There are also places where the sandy shore slopes gradually, so you can go here with children. There are also several campsites nearby, such as Greater London, Paris and New York. 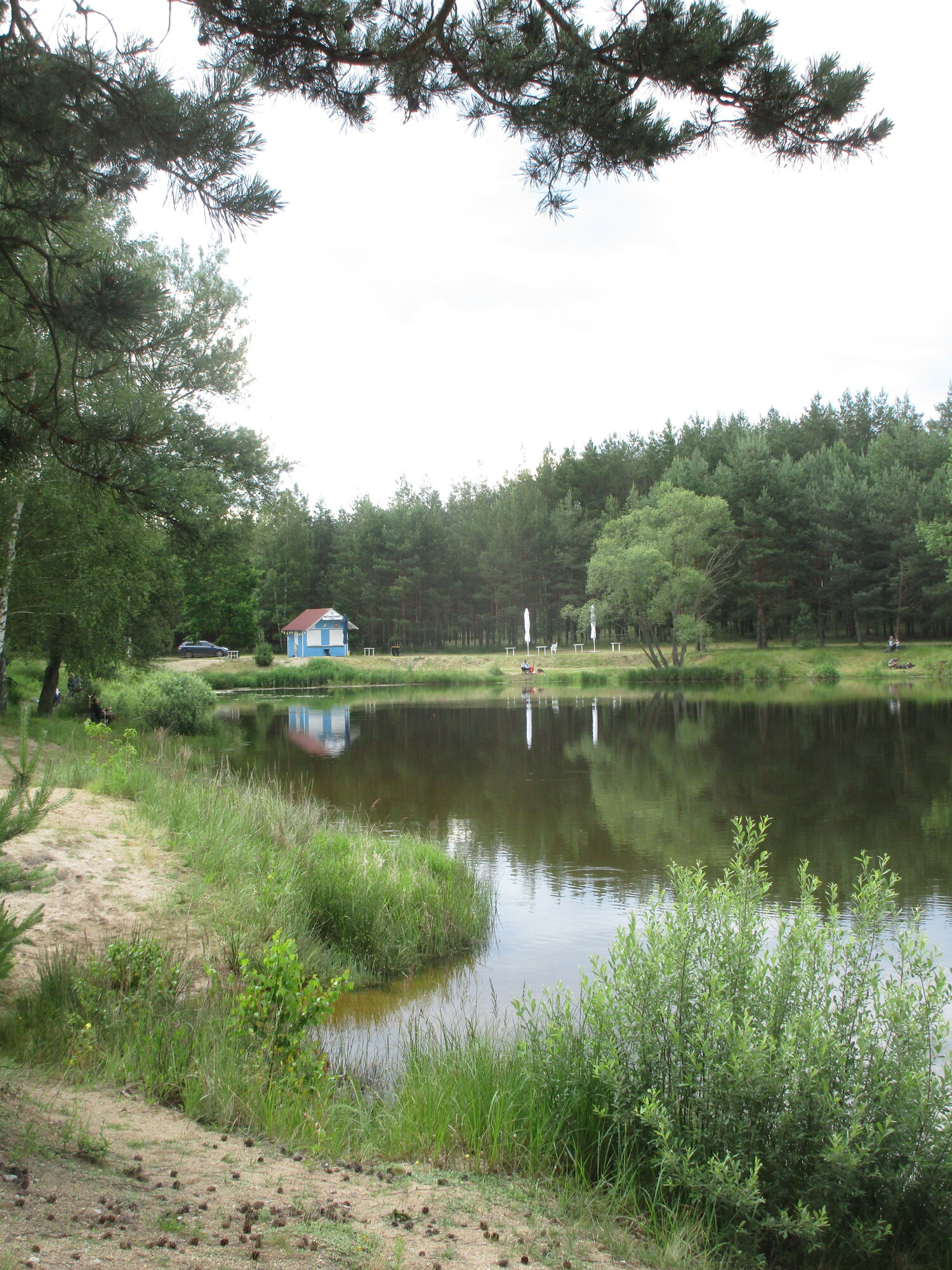 While Tušťské pískovny offers a welcome refreshment on hot summer days, you can't bathe in the sand pit near Dračice. The former gravel mining site near the village of Františkov was declared a nature reserve in 2001. Mining has exposed some of the underlying rocks and the site is also inhabited by many rare animals and plants. For example, several species of ground beetles live here, and the pool at the bottom of the sand pit is inhabited by the slender frog or the green tree frog. Of the plants, the gray woodpecker, for example, thrives here. 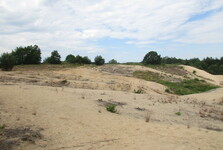 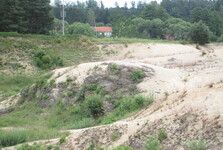 One of the many tributaries of the Lužnice springs near the village of Kaproun, after a while it leaves the Czech Republic and continues through Austria as Reissbach. He returns to Bohemia just near Františkov and meanders the last section to its mouth into Lužnice pod Suchdolem nad Lužnicí. It is in the section from the Austrian border to Františkovo that the river flows through a canyon-like valley and thus has the character of a wild foothill river. In the past, the power of the river was used to drive hammers to process iron ore. But in the end, Dračice was also the destruction of the local smelter, which it swept away in 1867 with great spring water. However, the greed of the local mill managers also contributed to the destruction of the smelter. There is even a rumor that one of the stewards, in desperation, threw his money box into a turbulent river. The locals then secretly went to the treasure at night, they also allegedly tried to turn the stones in the riverbed with the help of horses to get to it. It is said that the treasure still lies at the bottom of the river. Today, some half-overgrown and demolished buildings along the river flow remind us of ancient mining. 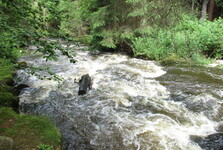 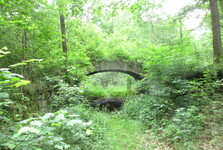 Nature Trail of Memory of Vitorazsko 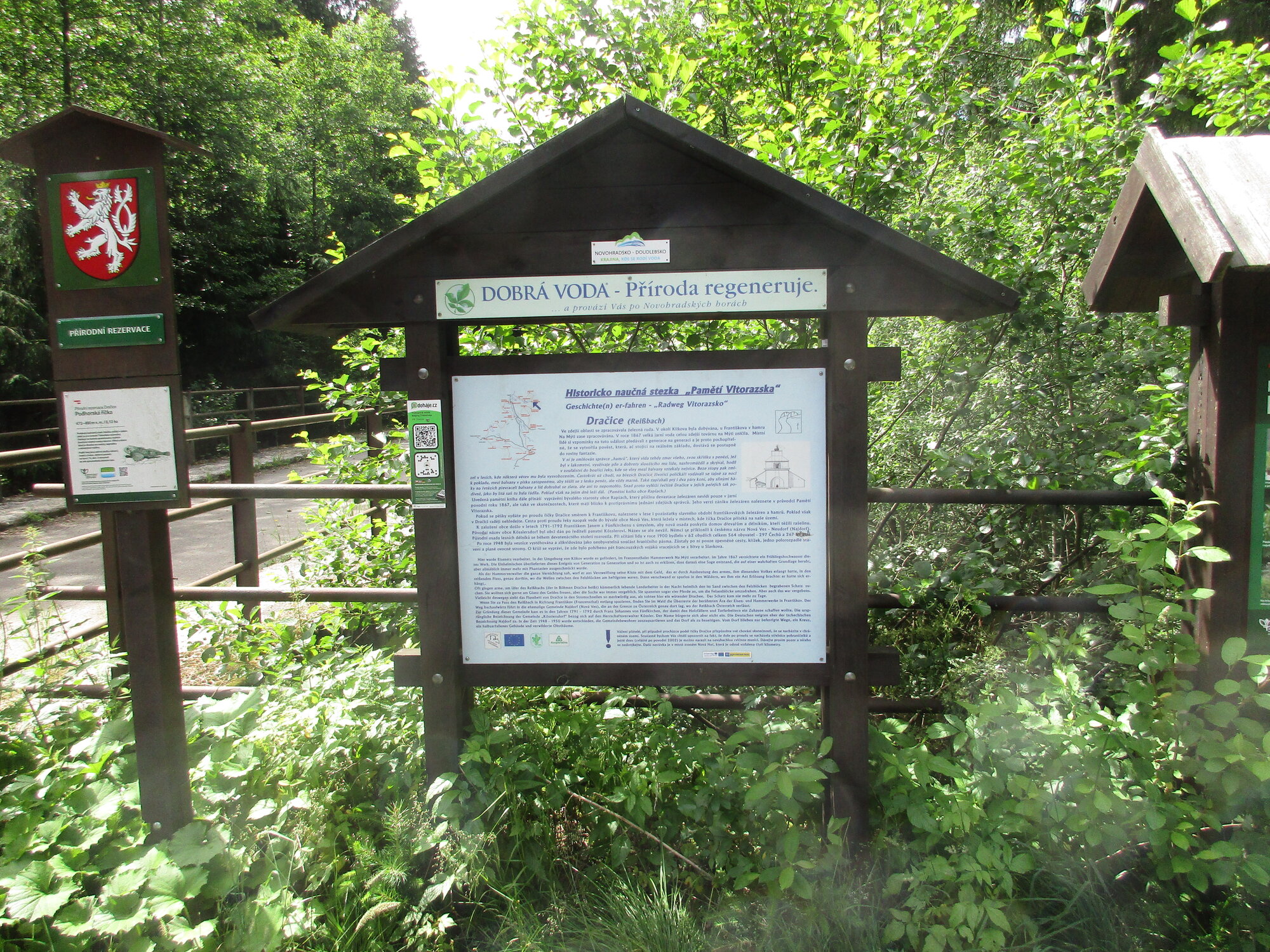