Skalica is located on the southwestern corner of Slovakia in the Region of Záhorie that lies close to borders with the the Czech Republic. From east is is surrounded by Landscape Park White Carphatian Mountains from western side it borders with the River Morava. You can drive to Skalice from Senice through Holíč  or if you turn from D2 highway to Kúty. There lead roads from Morava to Skalice directly from Hodonín, as well from the town of Strážnice. The Baťa Canal extends from Otrokovice in Morava due south where it gets on Slovakia soil in the area north of Skalice. The Baťa Canal starts in the harbor of Skalice located on northeast from the town. There leads an asphalt road. You can get on it if you at the end of the town turn from the main road of II. class No. 426 on a direction to borders with the Czech Republic. Thanks to transparent road signs every driver quickly orientate how he can get to the harbor.

The Origin of the Baťa Canal
Originally the Baťa Canal was built as a route on had been transported lignite from near Ratíškovice, near Skalice, to far away Otrokovice. This route had been built during the years 1934-1938 as an initiative of the company of Tomáš Baťa. Originally lignite transported to Baťa’s factory in Otrokovice were sent by trains. However, this occurred unprofitable for Baťa’s company. This was one of the reasons why a cheaper water route was planned. The canal itself had another, not less important, role – it secured irrigation of surrounding lands. For the purpose of lignite transport the canal had been used until 1960. Today the length of the canal from Otrokovice to Skalice Harbor is approximately 60 kilometers. 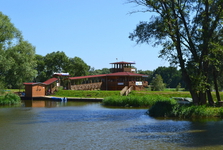 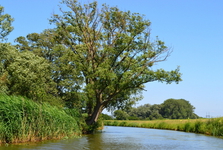 How Is the Baťa Canal Used for Recreation
From the 1990s the Baťa Canal had been used for recreation purposes and also as a tourist attraction. Today the canal is limited only to shipping, mostly sightseeing cruises. You can float the river on boats, motorboats, or on cruise or cabin boats. In the surroundings of Skalice the Baťa Canal leads through lowlands where banks are covered with lush vegetation, which only make the landscape even more picturesque. A technical sight - Výklopník , which is today a museum and also an outlook towe should be also visited. This unusual sight you can find on watercourse of the Baťa Canal near the town of Sudoměřice north from Skalice. To undergo a cruise on the Baťa Canal in Slovakia you can from a harbor near Skalice. Except for common services to visitors, the harbor offers boat cruises with a boat pilo, or boat rental. The area is interweaved with bicycle routes that especially fans of bicycling will appreciate. 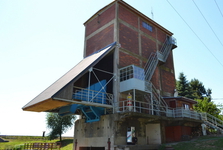 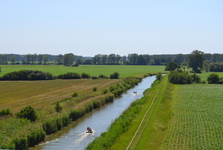 The Baťa Canal in Skalice is only one of many tourist attractions in Záhorie. Your visit of the area will leave you with pleasant impressions. A boat cruise in a beautiful natural environment will appreciate everyone who will visit this picturesque locality. Thanks to accessibility of the harbor and extensive services, this place can be nothing but recommended as a part of you journey or a weekend stay. This applies not only for individuals, but also for whole families with small children or groups of tourists. 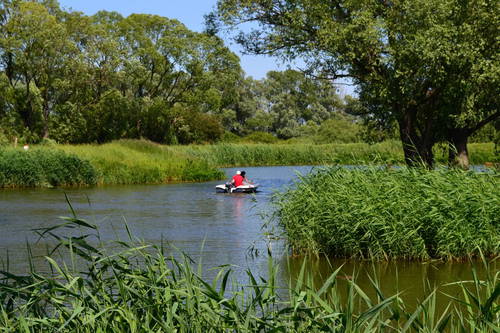