Bhaktapur is known as a city of living heritage and also as a Nepalese cultural gem. It is one of the three royal cities in the Kathmandu Valley. The first is Kathmandu itself, the capital of Nepal, then Patan and Bhaktapur. 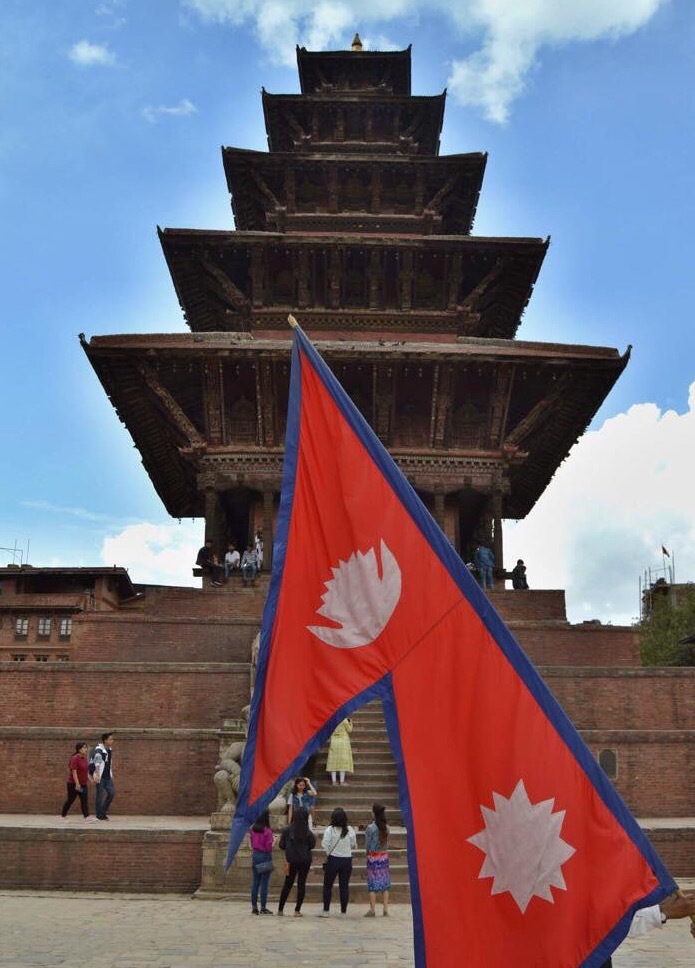 Compared to the other two royal cities, this is considered pure. Bhaktapur is full of landmarks with carved wooden columns, palaces and temples with elaborate carvings, gilded roofs and open courtyards and winding streets where you can easily get lost. There are several artists and art schools in the streets that you can apply for. The city is dotted with pagodas and religious shrines. Over 200,000 people still live here, although the architecture of the city does not suit modern development and contemporary life. In Bhaktapur you will find Hindu and Buddhist shrines. In practice, most people practice both religions with the same intensity. It is the most powerful Hindu city of the three capital cities in the Kathmandu Valley. Patan is more Buddhist oriented and Kathmandu is a mixture of both. The locals are mostly Newars, who are traditional inhabitants of the Kathmandu Valley. Today, they are the sixth largest ethnic group in Nepal. 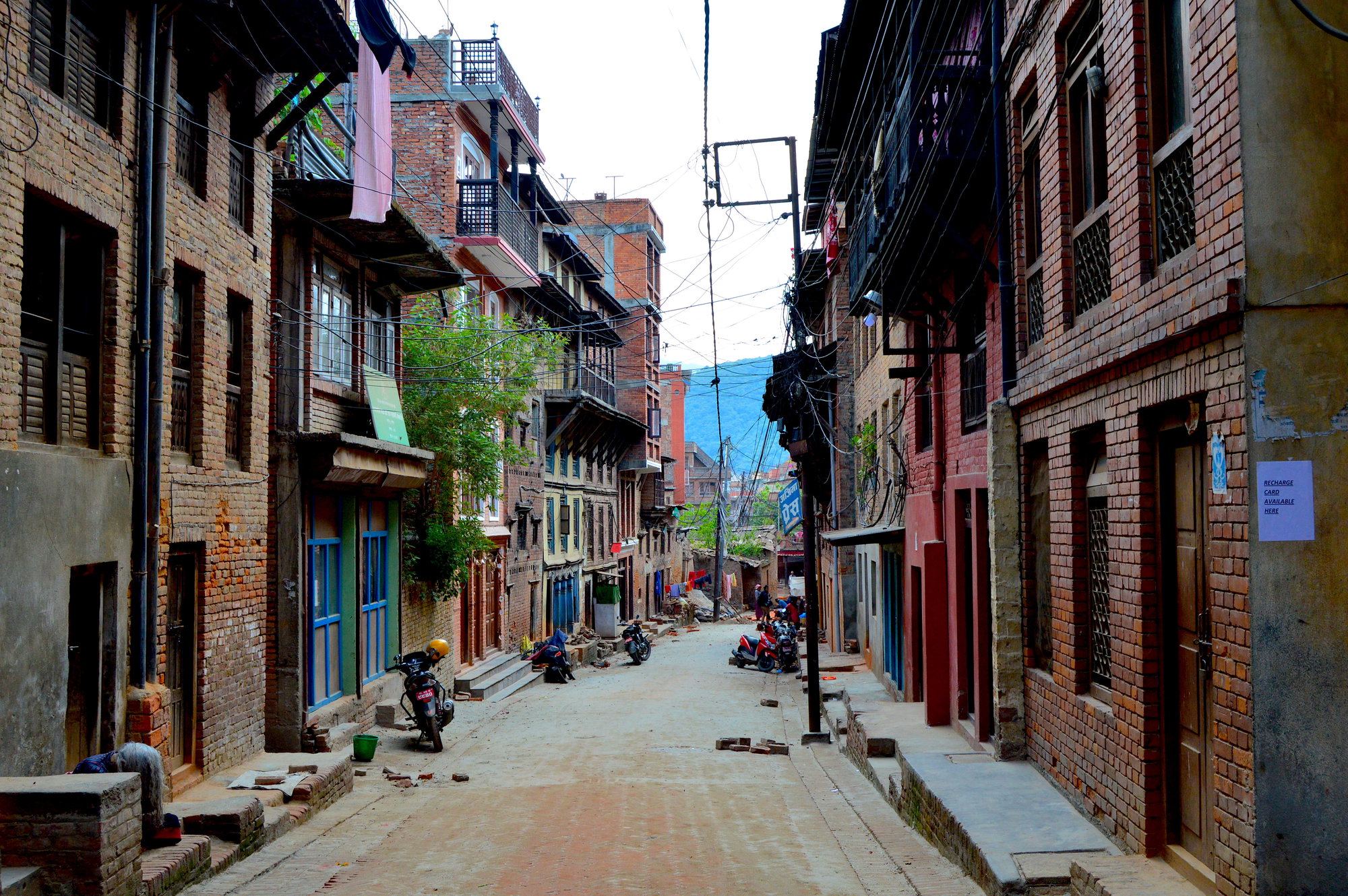 Durbar Square Is the Main Sight in Bhaktapuru

Durbar Square is the main central square famous for its palace, where the royal family resided before 1769. The palace has carved windows and doors and the National Art Gallery with Buddhist paintings, manuscripts and stone carvings. In front of it, at the entrance to the Temple of Taleju, there is the Golden Gate, which is known for the most beautiful and intricately carved works of art in the city. Worth visiting is also Pottery Square. Although not as visible as the other courtyards, it is the center of the city's pottery industry. The countless pots that are being dried here are worth seeing. 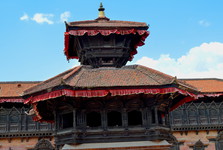 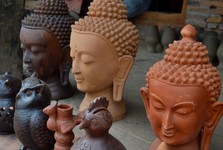 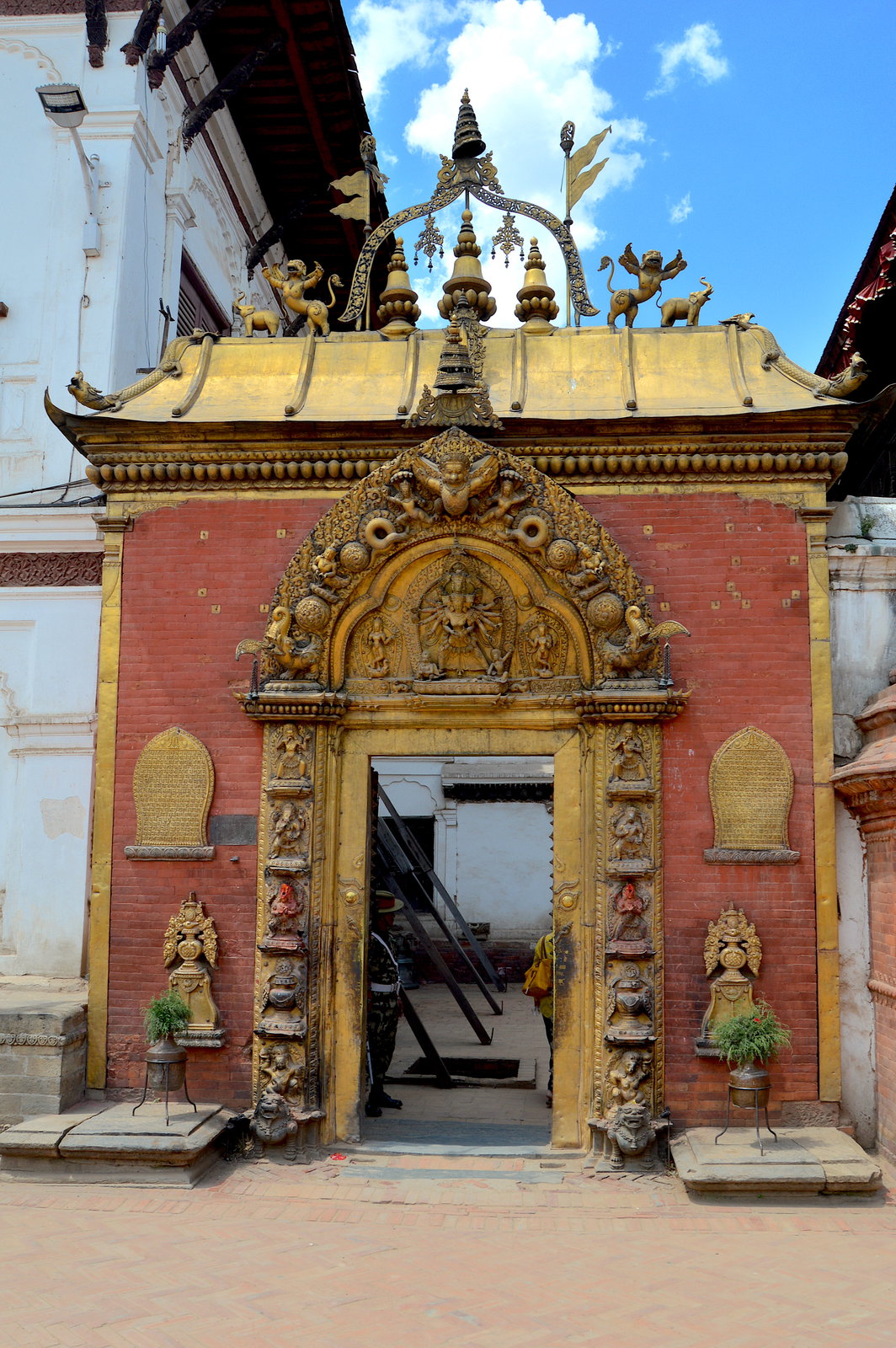 From Bhaktapur you can head to the nearby hill of Nagarkot, which offers beautiful views of the Himalayas in nice weather. 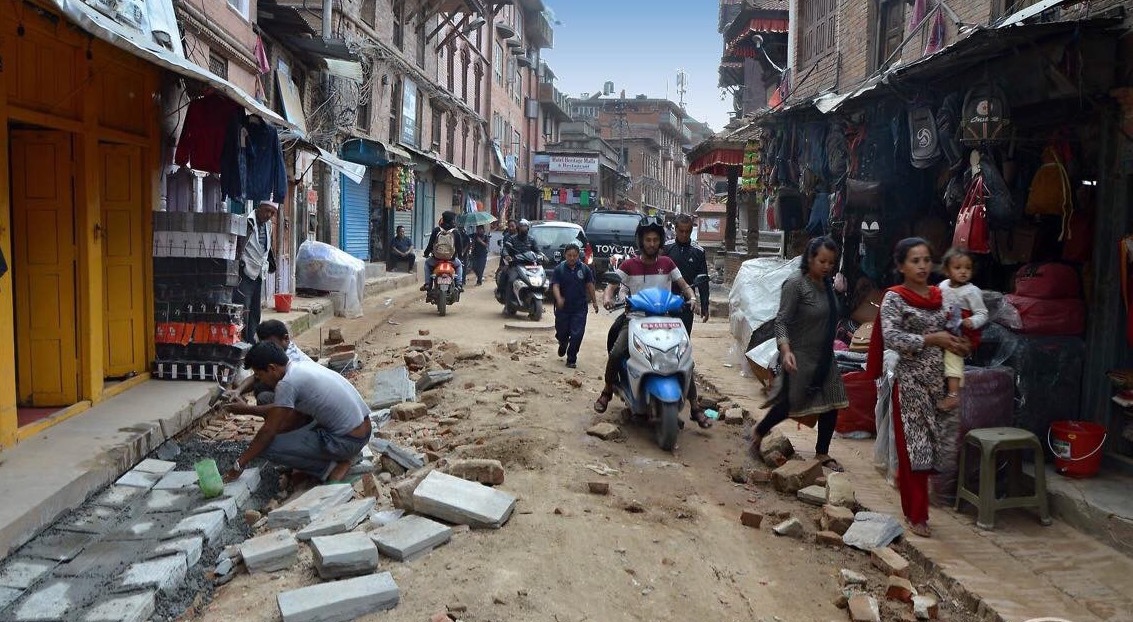 When you visit Bhaktapur, take the opportunity to taste some of the traditional Newar specialties - roasted soybeans, dried rice flakes or Juju dhau, sweet creamy yoghurt made from buffalo milk and stored in traditional clay containers called kataura. It is easy to spend most of the day walking through the streets of Bhaktapur and soaking up the Newar culture.