Both districts are situated east of Manhattan on Long Island. Both districts are occupied mostly by the middle class. Brooklyn is the most populous of New York's boroughs. Unlike Manhattan both are completely different. Brooklyn and Queens saw the addition of several skyscrapers over the East River otherwise there are only low-raise buildings and life is at much slower pace. 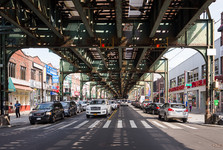 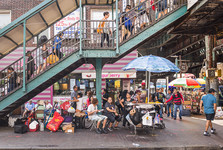 Brooklyn became famous for its independent artistic scene – music, fashion, design, graffiti, and street art. Before, most of borrough's economic was focused on manufacture. Now former warehouses and factories are cafes, restaurants, galleries, and all kinds of small stores. Be sure to stop by in Bushiwck district. There is the most interesting graffiti. Williamsburg is great for food and coffee. Prospect Park features a small zoo and botanical garden. See Coney Island if the weather is good – it is the famous beach featuring a theme park. 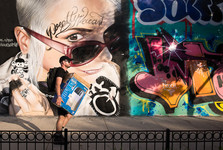 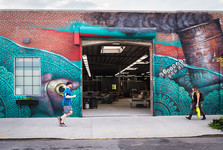 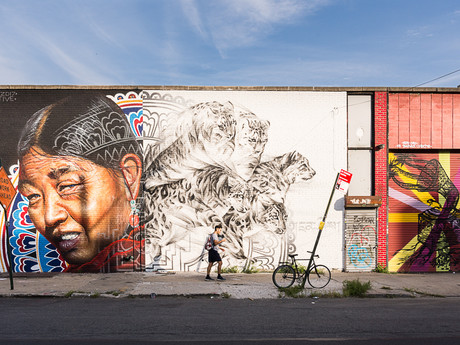 Queens is worth seeing for its ethnic diversity. You may here more Portuguese, Spanish, or Chinese than you will hear English. People from all around hte world live there. The greatest number of nationalities live in Jackson Heights. Standing in the shadow of former elevated railway, there are Tibetian restaurants, south Asian bistros, many inscriptions in Spanish, Japanese stores, or a Columbian haridresser's. Shop windows schowcase Indian saris, Pakistani jewelry, or cloths of Indians of Latin America. 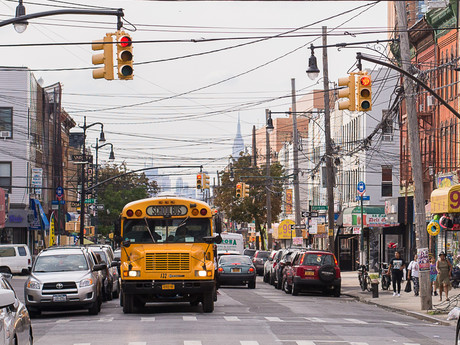 So were you exhausted after busy Manhattan, you may still experience and easy-going day yet interesting day New York.