en.infoglobe.cz » Nepal – A Trek to Emerald Lakes of Gokyo

The Adventure Starts at Lukle Airport

After landing, the trail will take you along the Dudh Koshi River, through the villages of Phakding and Monjo to Namche Bazaar, the gateway to the 8,000-strong giants. Namche Bazaar is the largest village in the Khumbu Valley, where most trekkers spend at least two days to acclimatize. This historic Sherpa village is known as a shopping center for Tibetan and Nepalese trade. Once you leave Namche, you descend from the main busy trail that leads you to the peaceful villages of Phorste, Dole and Macherno. The trail from Machherma to the lakes is spectacular! Witness a dramatic landscape change, wide meadows suddenly turn into narrow paths with steep ascending trails that lead you to the beautiful and enchanting village of Gokyo with the emerald-blue Dudh Pokhari Lake. 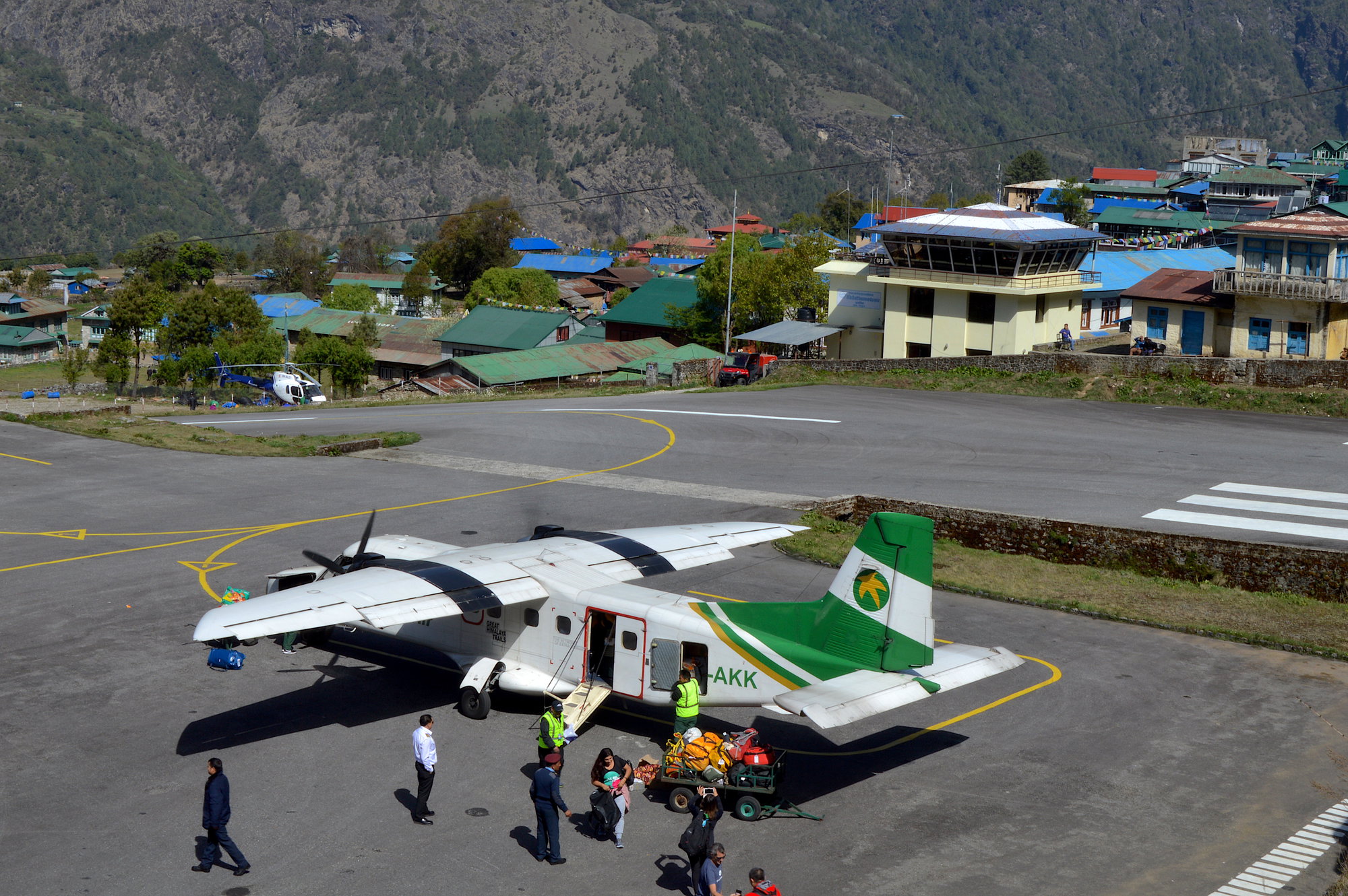 Gokyo Ri Is One of the Peaks of the Trek

After two to three hours of steep ascent, the Gokyo Ri peak (5,357 m) rises above the settlement. Go out before dawn to catch the sunrise. Not only the lakes, but also the longest Nepalese glacier Ngozumpa will deserve a rewarded effort. And that's not all, in good weather you will enjoy the majestic views of Mount Everest, Lhotse, Makalu and Cho Oyu. 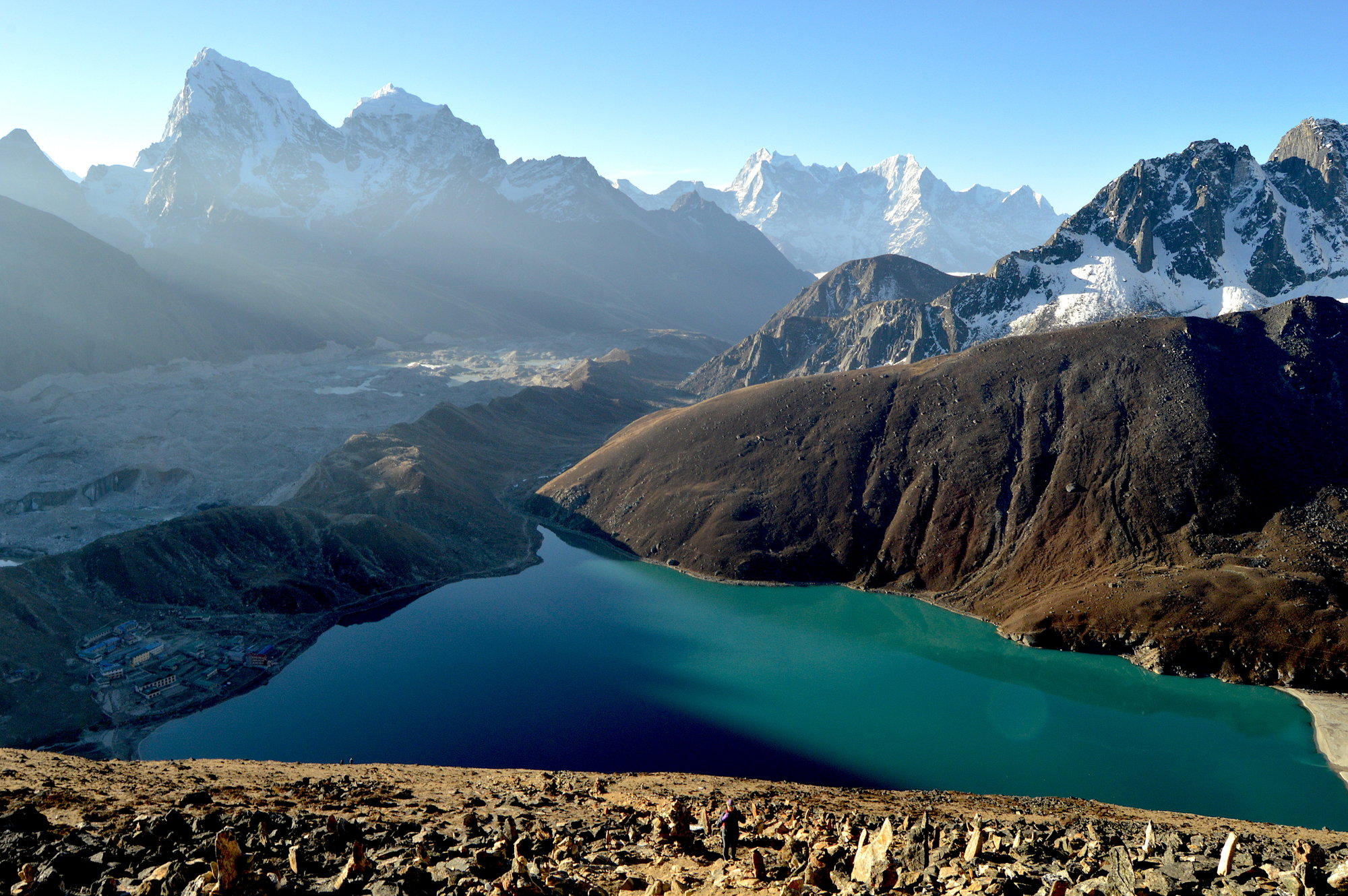 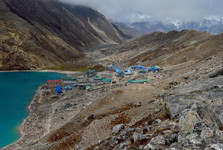 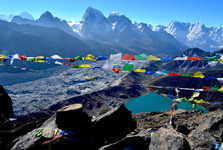 How to Reach the Lakes?

The way to get to the lakes is more. One way leads through the base camp to the east, crossing the Chola Pass, but this option is only suitable for those who have time. The trip takes four to five days more than a standard trek to base camp. It's a circular route, so you don't go back the same way. Alternatively, the Renjo La Pass (5,417 m) is located west of the Gokyo Valley. Saddle crossings are difficult, but for a more comfortable journey, it is better to skip the saddles and set out from Namche Bazaar straight through the villages of Dole and Macherno to Gokyo. 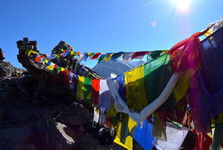 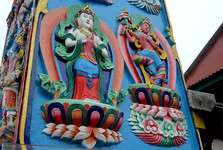 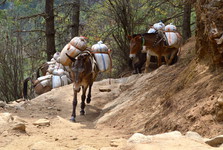 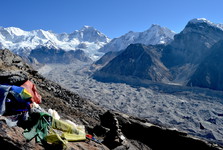