en.infoglobe.cz » Canada, Vancouver II. – What Other Places You Shouldn’t Miss

There is a one-way bike trail. When you go in the middle you in a quiet forest. There are trails that would also take you on the cliff at the park’s edge. There is a view of Burrard fjord and North Vancouver. 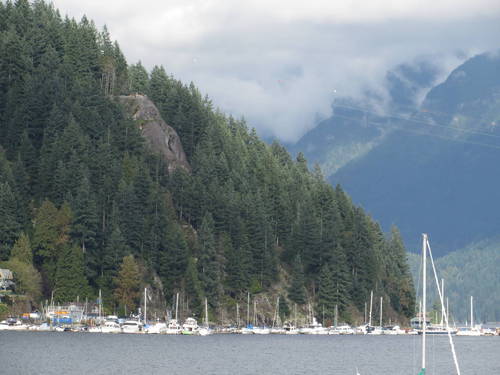 Should you have not enough of this taste of greenery visit then North Vancouver as well as villas that are surrounded with greenery. Near the main road there is Lynn Canyon Park that is very attractive for filmmakers (it is possible to get there by bus from a bust staion where the SeaBus boat line terminates). The park includes forests that has a deep canyon. In this canyon you can find Capilano Suspension Bridge – a bridge hanging on steel cables. There are some trails going through steep forests. The Baden Powell Trail goes across the suspension bridge. More sensitive people can feel sick on the bridge. In summer, people swim here and jump to the canyon up from the cliffs (I must say landing is safe). 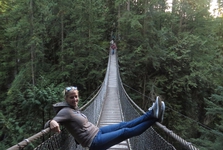 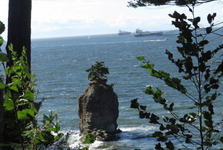 Deep Cove is another nice stop around Vancouver. This quiet port is the place where you can rent some kayaks and paddleboards. We are, however, more interested in a rock that (when you look to the east) peaks out in the woods) it is called Quarry Rock. The road goes between houses and than in the wood. It will take you about an hour. You can sit there in nature and see the bay, hills, and islands (Hamber Island and Boulder Island). This quiet place you shouldn’t miss while you are in Lower Mainland. There are forests and shore above Deep Cove of Mount Seymour Provincial Park. There is another ski resort this area offers (next to Grouse Mountain and ski slopes in Cypress Provincial Park). There is a network of nature trails in these parks.. 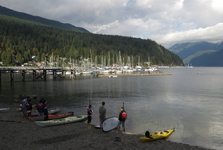 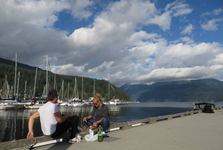 If you are sick and tired of mountains and forests and you just want to end the day watching sunset then the third beach underneath Downtown is the place or go to Lighthouse Park in West Vancouveru. You can sit on rocks at the lighthouse.