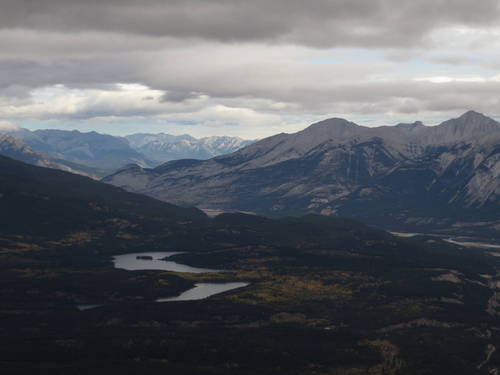 If you go south from Jasper along the route 93 to Louise Lake, you have to turn right to Whistlers camp. Thank you continue along the main road. Should you enjoy this mountain right at its bottom, there is a painted bird that will guide you to a parking lot. There te trail begins. If you don’t feel like hiking, perhaps you would prefer a cable way. Then continue along the main road that will lead you right to the cableway station. One-way ticket costs 17,50 CAD, 6,75 CAD for a child, children under 5 pay no fee. In seven minutes, the cableway will lift you up below the Mt Whistlers peak. 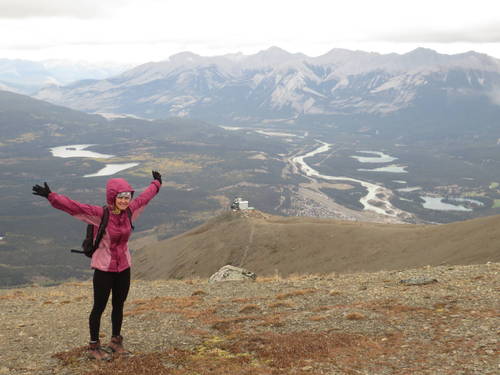 Now we have to climb up Whistlers. As I have already said, it is a really difficult climb. It is for mountain’s elevation and shape. The elevation is 1200 meters, you go about 200 meters along the contour line. Then it is endless zigzag climb up in dense forest in lower altitudes, among large stones in higher altitudes. People who got to the top by cableway will not believe their eyes that you made it up on foot. 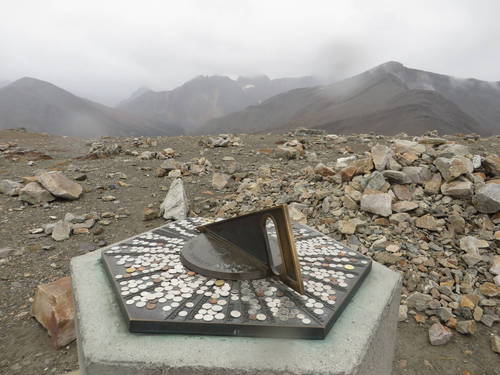 On the upper station, there is a beautiful view of the town and its guarding mountains surrounding it. The path goes up to the peak. Unpleasant weather greeted us there. I am not able to describe how many peaks were hiding in the clouds. The descend was also very difficult, knees suffered. Yet the view of this mountain was an experience I would recommend you. The second half of the descend goes through a forest. There is no view of the mountains so the hike would seem endless (as it did to us). 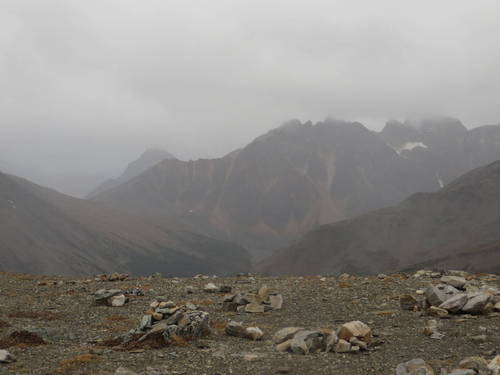 The hike took about us 5 hours and 15 minutes, including short breaks, snack, and the way back (up 3 hours and 15 minutes, down 2 hours). Then we rode to visit Pyramid Lake, named after Pyramid Mountain (2766 meters). The mountain looms above the lake. There is an island on the lake connected to the mainland with a wooden bridge, making it accessible. 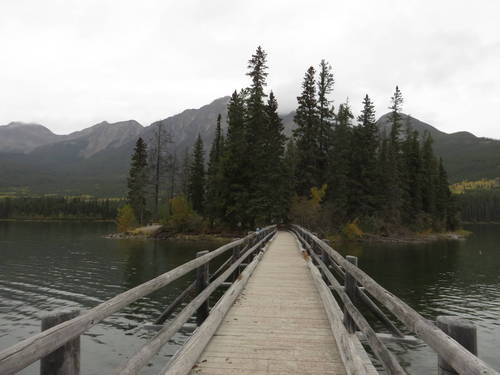