If you have ever heard about tar sands and that oil is extracted from it then you should know that Alberta has one of the largest tar sands deposits in the world. Of course, Canada make good use of it. Tar sands deposits in the largest place of discovery of Athabasca equals to 1.6 trillion barrels of oil. Athabasca’s territory is of the size of Czech Republic and it is the largest oil deposit in the world. By the way, local famous hockey club (Wayne Gretzky was a player there) is called Edmonton Oilers (oil). 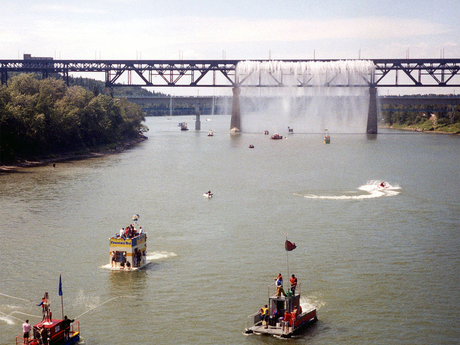 Every day about 500 million oil barrels are produced in Alberta. You can only imagine vastness of its riches and what it means for Canada. The other side of this coin is large pressure on the environment..

So it means that around Edmonton,

which is the boundary of prairie and boreal forest. Especially there are little left of forests due to oil excavation and farming. On the other hand, the city of Edmonton has the most greenery per capita in North America.

Edmonton is something like a crossroads of oil pipelines and it is called the “Gateway to the North.” The city has traditionally been the center to the petrochemical industry. There are many important institutions concerned with R&D. The wealth of the city is enormous. About 900 thousand people live there and their average monthly income is about 8 thousand dollars.

If you consider yourself a tourist interested in regional history, then you should visit the Royal Alberta Museum. On its website, the museum boasts with more than 13 million visitors since 1967. Its scope is large as it covers natural sciences, life in the wild, ethymological exhibitions, or exhibitions focused on natives. 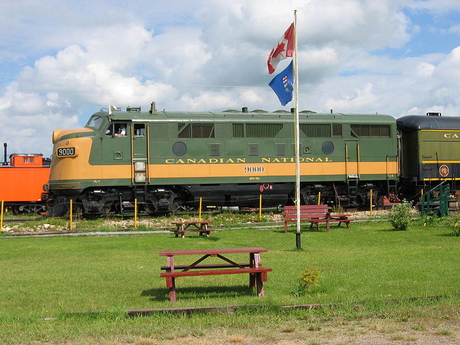 Everybody who likes railroads will appreciate the Alberta Railway Museum). You can see beautiful historical carriages in the open sky. Also, old railway structures. The official museum website hold historical photographs from the era of railroad construction. 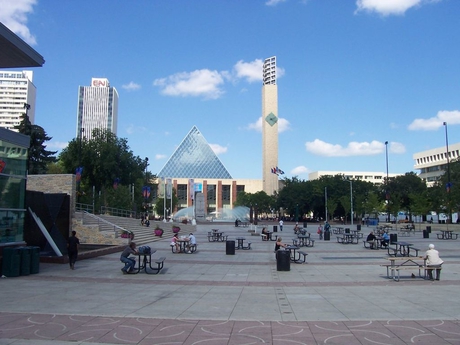 Finally, we should mention the city has pretty lively artistic scene which concentrates mostly around Churchill square. For instance Street Performers Festival, Fashion Week, The Works Art & Design Festival on the area of 2.5 km 2 introduces to the public visual art and design. Churchill Square is also interesting because there are many galleries (for instance Art Gallery of Alberta), theatres (e.g. Citadel Theatre) or music halls (Francis Winspear Centre for Music).