Garibaldi Lake – name of the lake that perhaps knows everybody who travels Whistler looking for a “nice” hike. If you grew tired of sheer number of people on Whistler’s paths, set off to Garibaldi Lake - sleep at the lake and explore the wilderness. 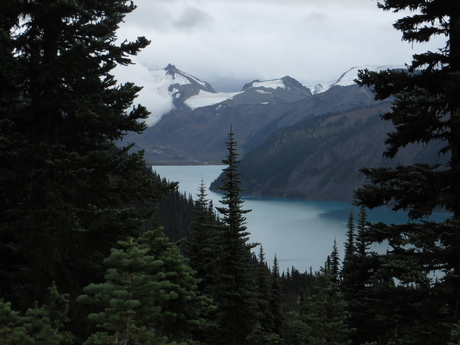 Again, we are in a provincial park, so you have to pay for a tent (10 CAD for person). They leave the money in an envelope and then throw to a casket hard to omit. You build your tent on a special places with nubers assigned to them. These places are designed fro camping and are scattered through thewoods. All are near the lake. There are shelters with tables where you leave all your food so it wouldn’t lure wild animals in. Wild animals were not interested in our food but we still lost something due to mice. They eat our breads and apples. Therefore, rather tighten your bags with food with a rope under the ceiling. Toilets are in wooden cabins. 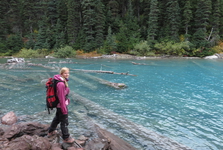 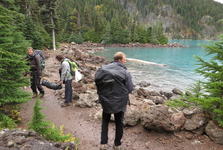 The route to the lake is 9 km long. It is a pleasant wide path that slightly ascends (for about 6 km). Sometimes, you will think that you will go along the contour lines but don’t let yourself to be fooled. The road will take you really to the summit. Only then it flattens and follows the contour line for another 3 km until it get you to the lake.

There two most common treks when going off the lake (if you plan to stay overnight). The first one is Panorama Ridge, the summit on the northern shore of the lake next to Helm Glacier. A 7km trail then runs from the lake to the Panorama Ridge. It goes along smaller lakes of Mimulus and Black Tusk Lake. 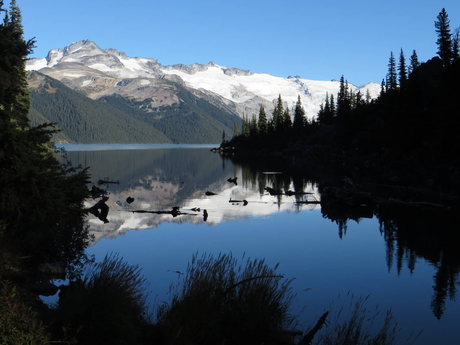 The second option is a hike up to Black Tusk (2 316 m) about 5,5 km off the lake. We chose this hike due to not really good weather (originally we intended to make both trips in one da). The trail from the lake to Black Tusk is an ascending one. It will get you to Black Tusk Meadows, colorful meadows, some small lakes, and vistas of near greay-yellow-green peaks. In the distance, we saw inversion and mountain summits on the opposite ridge. Also we saw Garibaldi Lake, Mimulus, and Black Tusk lakes. Unfortunately, by then it had been already raining. 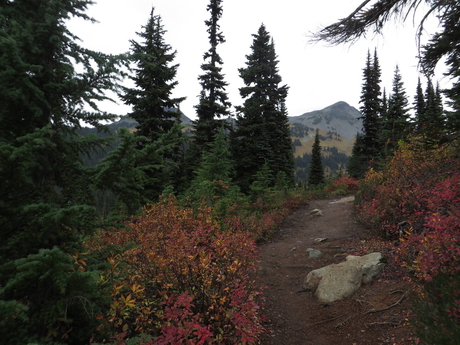 Next you walk on stones right below the summit of Black Tusk. There is a table that advice you not to go on the summit. The road doesn’t go on. But when weather is favorable, tourists go on their own on stone terrain to the top. We didn’t choose this option as there was a thick fog at the table already.. 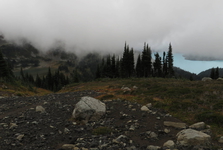 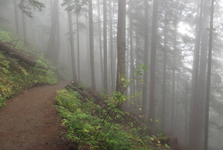 Route under Black Tusk and back to the lake took us about 3,5 hours. This route I really recommend you. It goes through some amazing nature. In our case, there even were no other tourists. Perhaps it was because of the weather. For the last fourteen days it was the worst forecast. We were not afraid though and really enjoyed the mountains.