en.infoglobe.cz » Canada, Ottawa – In the Capital

A city of almost million people is to be found near the US border. It is only about 88 kilometers to Vermont, so about an hour long ride. But lets get back to Ottawa. In the article, you may notice very interesting flag of Ottawa. It is a letter “O” that should resemble a maple leaf and also have this vibe feeling and look merry. Well, decide for yourselves. 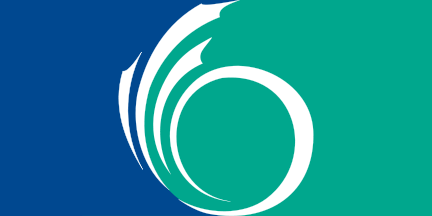 One of city’s major attractions is je Peace Tower, a 92-meter tower in the Gothic revival style is decorated with more than 300 gargoyles and other grotesque figures. This 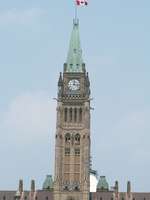 clock tower was built to be a memorial to Canadians who died during the first world war. Inside, there is a memorial chamber with stained glass. Also there is a book with names of soldiers who died in wars since the WWI to the war in Korea.

Other important buildings in Ottawa make it clear you are in the capital. Some say that influence of other cities such as Toronto or Montreal. True or not you will have lots to see in the city.

Except for Peace Tower we mention Connaught Building. When you see it you think if there really are castles in Canada. The building was built in the beginning of 20th century and was designed by David Ewart. He is the man whose buildings are everywhere around Canada. For example, he designed Royal Military College of Canada, Ontario or beautiful building of Prince Edward, Saskatchewan. 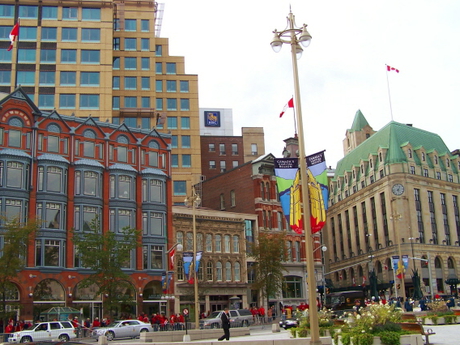 Well, back to Connaught Building. It is built in the so called Tudor Gothic

and operates as a governmental building. One of the reasons why it was built was to strengthen federal presence and the place is even today very popular place for tourists.

Absolute icing on the cake of Ottawa architecture is the parliamentary building on Parliament Hill. An important part of it is also the Peace Tower. Originally, a military base was standing on Parliamentary Hill. Its strategic location was one of the most important features why the parliament was built there. The works started towards the end of the 1950s and the buildings in the Gothic Revival style were completed in the 1970s. 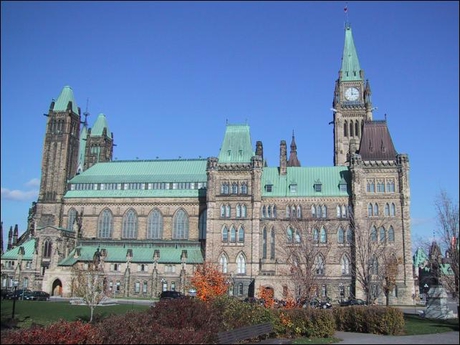 In 1916, the central part of parliamentary complex faced a large fire. Twelve hours of fire caused building to burn down. A subsequent massive reconstruction peaked with completion of the Peace Tower in 1927.