Bourbon Street is a street in the heart of New Orleans. The city is one of the most important ports in the US and also a city that was hit by the Katrina. 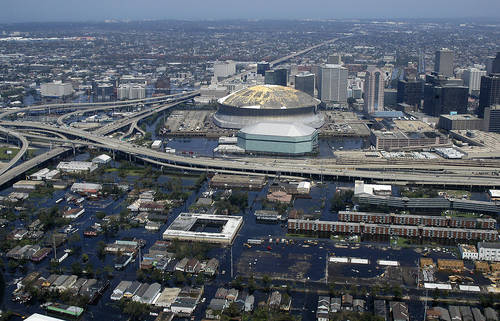 Around 340 thousand people used to live in the city. It was founded by French settlers in 1718 and named after the Duke of Orleans, the regent of Louis XV

In the 1980s, New Orleans dependence on tourism increased, yet tourist industry was shook by poverty and high criminality by the end of the millennium. Another important blow to the development of the city was the already mentioned Katrina in 2006. For the first time in its existence, the city had to be evacuated. Katrina caused significant drop in New Orleans population. There lived a one quarter less people than in 2005. 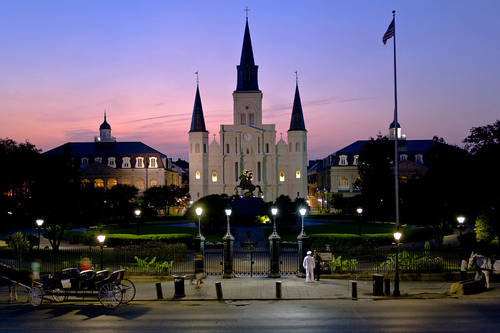 Tourist industry creates large share of city’s revenues, around 5.5 billion dollars. One of the most important tourist sights is, except for Bourbon Street, the famous French Quarter. There are popular restaurants such as Antoine’s that has been opened since 1840. During the prohibition era, it served alcohol in coffee cups. 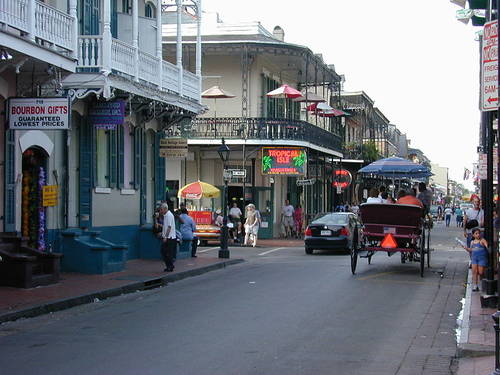 New Orleans is a city known for its festivals. The most famous is definitely Mardi Gras, a carnival the main colors of which are purple (justice), yellow (power) and green (faith).

One of the major places of the Mardi Gras in New Orleans is Bourbon Street. Today, the street is known for its bars and strip clubs. For a long time, only brothels were there, in the 1940s. In the 1960s, they were regulated. In the 1980s and 1990s, the street was disneyfied and souvenir shops and caffeés appeared thus suppressing traditional Creol character of the street. 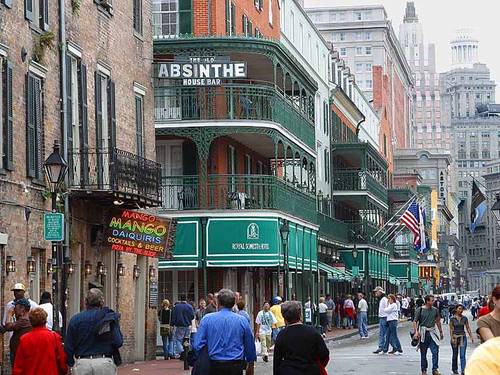 Bourbon Street is quite quiet during the day and it lives in the night. It is allowed to drink in the public. One of the popular alcoholic beverages is the so called Hurricane cocktail including rum, fruit juice, syrup, or grenadine.

Bourbon Street is a place worth visiting.