Old Sacramento known also as Old Sac is a protected landmark area. The buildings there were constructed in the 19th century. They served to various purposes but today there are mostly restaurants or souvenir stores. 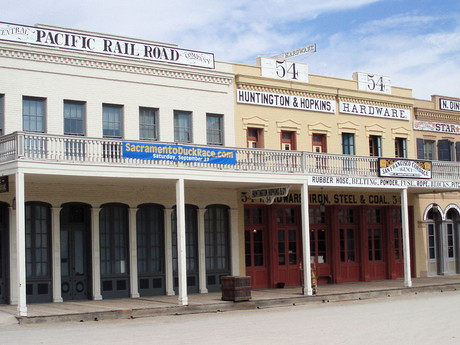 The district is very popular among tourist with five million visitors every year. Preserved buildings remind Spanish colonial architecture. Among the most important edifices is, for B. F. Hastings Bank Building which housed the Supreme Court of California in the past. Today there is a museum dedicated to the history of mail delivery in the19th century. 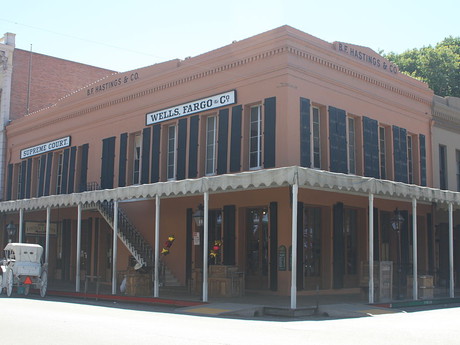 The museum displays contemporary postage stamps, post officer’s equipment, a true stagecoach from 1866. You can even try to send a message by telegrapgh to
other similar museum. But the stagecoach clearly is the most interesting exhibit. It epitomizes mail delivery
and passenger transport in the 19th century. 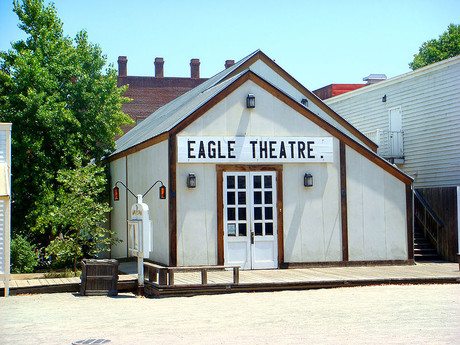 Every such stagecoach was powered by four to eight horses. Average speed was 8 km/h. There were stops every 20 kilometers to change horses and on every 70 kilometer there was a stop where passenger and driver to allow eat something and rest a bit.

Old Sac is full of opportunities to enjoy the atmosphere of the 19th century. Take a ride

in a coach, for instance. Board a historic train with real steam engine or take ride on a historical boat on the Sacramento river.

Many interesting events take place here through the year. The most distinctive is Sacramento Gold Rush Days, which takes place every September. The event takes you back to 1850. Old Sac streets are filled with actors in contemporary costumes. They represent the then way of life and people including famous personalities while music bands play contemporary music on several stages.

Also, a tent city sets up every year. There you can get even closer, more personal sneak peak of the life in 19th century allowing you to visit a doctor, dentist or even an undertaker.